Bragar Eagel & Squire, P.C. Reminds Investors That Class Action Lawsuits Have Been Filed Against Energy Transfer LP, Grubhub, Aurora Cannabis, and The RealReal and Encourages Investors to Contact the Firm

NEW YORK, Dec. 11, 2019 /PRNewswire/ -- Bragar Eagel & Squire, P.C., a nationally recognized shareholder law firm, reminds investors that class action lawsuits have been commenced on behalf of stockholders of  Energy Transfer LP (NYSE: ET), Grubhub, Inc. (NYSE: GRUB), Aurora Cannabis, Inc. (NYSE: ACB), and The RealReal, Inc. (NASDAQ: REAL). Stockholders have until the deadlines below to petition the court to serve as lead plaintiff. Additional information about each case can be found at the link provided. 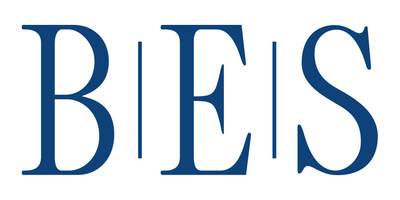 On November 12, 2019, the Associated Press reported that Energy Transfer's Mariner East pipeline project was under investigation by the Federal Bureau of Investigation ("FBI"). Citing interviews with current and former state employees, the Associated Press reported that the FBI's investigation "involves the permitting of the pipeline, whether [Pennsylvania Governor Tom] Wolf and his administration forced environmental protection staff to approve construction permits and whether Wolf or his administration received anything in return."

The complaint, filed on November 20, 2019, alleges that throughout the Class Period, defendants made materially false and/or misleading statements, as well as failed to disclose material adverse facts about the company's business, operational and compliance policies. Specifically, defendants made false and/or misleading statements and/or failed to disclose that: (i) Energy Transfer's permits to conduct the Mariner East pipeline project in Pennsylvania were secured via bribery and/or other improper conduct; (ii) the foregoing misconduct increased the risk that the Company and/or certain of its employees would be subject to government and/or regulatory action; and (iii) as a result, the Company's public statements were materially false and misleading at all relevant times.

For more information on the Energy Transfer LP class action go to: https://bespc.com/et

On October 28, 2019, Grubhub announced disappointing financial results for its third fiscal quarter of 2019. The Company revealed that an important Company demand metric, daily average grubs, had actually fallen 6% sequentially despite an increase in active diners and the Company's highly touted demand initiatives. Defendants also decreased Grubhub's 2019 earnings and revenue projections and stated that the Company would achieve only $100 million in EBITDA for 2020, more than 70% below market expectations.

The complaint, filed November 21, 2019, alleges that during the Class Period defendants made false and misleading statements and/or failed to disclose adverse information regarding Grubhub's business and prospects. Specifically, defendants failed to disclose, among other things, that: (i) customer orders were actually declining, despite the massive investments the Company had made to spur demand for and use of its platform; (ii) Grubhub's new customer additions were generating significantly lower revenues as compared to historic cohorts because these customers were more prone to using competitor platforms; (iii) Grubhub's vaunted business model under which it secured exclusive restaurant partnerships had failed, and Grubhub needed to engage in the same aggressive non-partnered sales tactics embraced by its competitors to generate significant revenue growth; (iv) Grubhub was required to spend substantial additional capital in order to grow revenues and retain market share in the face of heightened competitive dynamics and market saturation, eviscerating the Company's profitability; and (v) Grubhub was tracking tens of millions of dollars below its revenue and earnings guidance and such guidance lacked any reasonable basis.

For more information on the Grubhub class action go to: https://bespc.com/grub

On November 14, 2019, the Company released an earnings report in which it reported a 24% sequential decline in revenue of C$75.3 versus C$98.9 in the previous quarter. In addition to this decline in revenue, the Company also announced that plans to finalize construction of additional grow facilities in both Denmark and Canada have been delayed.

The complaint, filed on November 21, 2019, alleges that throughout the Class Period defendants made materially false and/or misleading statements, as well as failed to disclose material adverse facts about the Company's business, operations, and prospects. Specifically, defendants failed to disclose to investors: (1) that Aurora's revenue would decline in its first quarter of fiscal 2020 ended September 30, 2019; (2) that the Company would halt construction on its Aurora Nordic 2 and Aurora Sun facilities; and (3) that as a result, defendants' statements about its business, operations, and prospects, were materially false and misleading and/or lacked a reasonable basis at all relevant times.

For more information on the Aurora Cannabis class action go to: https://bespc.com/acb

Class Period: Securities purchased pursuant and/or traceable to the registration statement and prospectus (collectively, the "Registration Statement") issued in connection with the Company's June 2019 initial public offering ("IPO" or the "Offering").

On November 5, 2019, CNBC published an investigative report that showed that the Company's authentication process was not as robust as it led consumers to believe. CNBC spoke with "nearly three dozen former employees and obtained internal company documents that show not everything is authenticated by an expert and employees work under strict quotas that lead to fakes being sold on the site."

The complaint, filed on November 25, 2019, alleges that the Registration Statement featured false and/or misleading statements and/or failed to disclose that: (1) the Company's employees received little training on how to spot fake items; (2) the Company's strict quotas on its employees exacerbated product authentication issues; (3) consequently, the potential for counterfeit or mislabeled items to make it through Company's authentication process was higher than disclosed; and (4) as a result, defendants' statements about RealReal's business, operations, and prospects were materially false and misleading and/or lacked a reasonable basis at all relevant times.

For more information on the RealReal Class action go to: https://bespc.com/real

About Bragar Eagel & Squire, P.C.:
Bragar Eagel & Squire, P.C. is a nationally recognized law firm with offices in New York and California. The firm represents individual and institutional investors in commercial, securities, derivative, and other complex litigation in state and federal courts across the country. For more information about the firm, please visit www.bespc.com.  Attorney advertising.  Prior results do not guarantee similar outcomes.