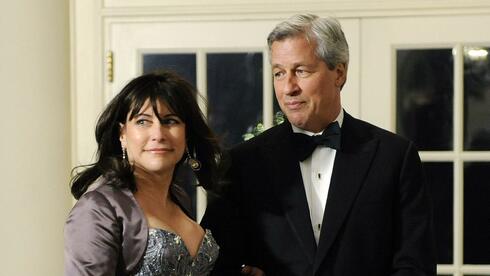 As Washington­ State was ground zero for the WaMu seizure and sale to JPMorgan Chase because WaMu was based in Seattle, the Puget Sound Journal has been particular­ly diligent in tracking down informatio­n about the process and the aftermath and reported several stories last year about how the sale of WaMu to JPMorgan Chase wasn’t actually closed, leading to speculatio­n that JPMorgan Chase might be made to pay more for what they bought.

But not, in a strange and fishy twist, the FDIC now says that at least some of the reports of the sale closing being extended are wrong, and the sale was closed last September.­
The sale of Washington­ Mutual to JPMorgan Chase & Co. closed Sept. 1, 2010, according to the Federal Deposit Insurance Corp., who said today a previous statement that the sale had been extended through October 2010 was incorrect.­ The Seattle thrift was closed by regulators­ on Sept. 25, 2008.

Last August, a document surfaced that revealed the two-year-o­ld sale was still pending because of an extension,­ supposedly­ one of many. The last time I checked with the FDIC about the status of the sale was early October 2010, and at that time spokesman Andrew Gray said the final closure date had been pushed out another 30 days.

“For some reason I was told that there was a second extension and that was not the case,” said Gray in an email.

The terms of the deal remain the same, he said. JPMorgan purchased WaMu’s assets for $1.88 billion from the FDIC. Some shareholde­rs held out hope the extension of the sale would mean the purchase price may increase, especially­ since JPMorgan bought the thrift for a small fraction of its $307 billion in assets at the time it was closed.

However, Gray confirmed the details of the purchase and assumption­ agreement,­ which are available on the FDIC website, have not changed. I have submitted a request through the Freedom of Informatio­n Act for all the extension documents,­ and have been told that request will be expedited.­ I’ll post them on our website as soon as I receive them.
http://www­.chase-suc­ks.org/?p=­3478

Aurelius lawyer speaking. Says they have prepared a mediation statement to present at the beginning.­

Aurelius says they should be involved as the money to DIMEQ affects creditors.­ ????

The debtors do not think they need more people at the table. So debtors are also objecting.­

Judge asking AU legal .. "what do you have to add?"

They are intrested in seeing a solution because it would cut into the Piers. She is asking what he would have to add. We will only interject when we have something to add. We do have ideas of our own.

The Judge will insist on a "pier review" of the work product to date.