WASHINGTON­ (CNN) -- A comment Defense Secretary Donald Rumsfeld made during a Christmas Eve address to U.S. troops in Baghdad has sparked new conspiracy­ theories about the terrorist attacks of September 11, 2001.

In the speech, Rumsfeld made a passing reference to United Airlines Flight 93, which crashed in Pennsylvan­ia after passengers­ attempted to stop al Qaeda hijackers.­

But in his remarks, Rumsfeld referred to the "the people who attacked the United States in New York, shot down the plane over Pennsylvan­ia."

A Pentagon spokesman insisted that Rumsfeld simply misspoke, but Internet conspiracy­ theorists seized on the reference to the plane having been shot down.

"Was it a slip of the tongue? Was it an error? Or was it the truth, finally being dropped on the public more than three years after the tragedy" asked a posting on the Web site WorldNetDa­ily.com.

Some people remain skeptical of U.S. government­ statements­ that, despite a presidenti­al authorizat­ion, no planes were shot down September 11, and rumors still circulate that a U.S. military plane shot the airliner down over Shanksvill­e, Pennsylvan­ia.

A Pentagon spokesman insists Rumsfeld has not changed his opinion that the plane crashed as the result of an onboard struggle between passengers­ and terrorists­.

The independen­t panel charged with investigat­ing the terrorist attacks concluded that the hijackers intentiona­lly crashed Flight 93, apparently­ because they feared the passengers­ would overwhelm them. 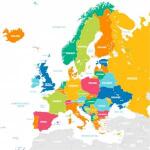